Given the choice between a babybrother or a puppy, EichenDK's elder brother Erik Eichen, chose the puppy. When being told that he also would get a babybrother, he insisted on the name Tony, wich is EichenDK birth name.

Friday the 4 of april 1975 was the first day that EichenDK saw the light of day. Ever since that, life has thrown him a lot pf challenges. Growing up in a family with a violent stepfather and a mother who, despite her drinking problem, tried the best she could to provide for him and his elder brother.
It was already in the kindergarden that EichenDK found the music, and on the red swing the tune spred througout the kindergarden.

The years went by and the music grew inside the young EichenDK - So he went on singing and it brought him down the road to a musical called "Treasure Island" written by the danish musician Sebastian. EichenDK had now gotten a taste of what music could do to the audience when combined to a story, so he started his journey in what would become, a part time income.

EichenDK brought his guitar with him evervywhere and in the year 2010, EichenDK was discovered by another musician named "Morten Lucas" who offered af job as troubadour on "Pølsekroen" on Bakken in Klampenborg.
In the summer 2020 he celebrated his 10 year anniversary at the same time as the release of the song "Ytringsfrihed" wich he wrote with "Flying Moments" a band he formed in 2015.
The song went viral on Facebook with more than 1 million views in just 4 days and the beginning of succes lurked right arround the cornor.

EichenDK is still active in "Flying Moments" but ever since "Ytringsfrihed" tok of, he desided to split up the songs he wrote in english and danish. so that EichenDK became his own brand and "Flying Moments" keept the danish songs and alle the cover numbers.

Today EichenDK is focusing on bringing his own music to those who enjoys to listen to more than just the tunes, but also enjoys the lyrics and the story bihind the songs.
The story has just begun and no one knows where it leads. 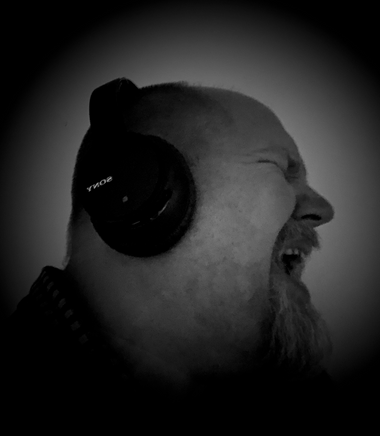 The one you can't be without

Can you ever forgive me